2016 marks MSFHR’s 15th anniversary. To celebrate this milestone, we’re looking back each month at highlights of the past 15 years.

This month, we look at the history of the Aubrey J. Tingle Prize, which honours internationally recognized BC researchers whose work has had a significant impact on improving health and the health system. An interactive chart below offers a visual history of past winners. Hover over the “+” nodes to learn more about each recipient. 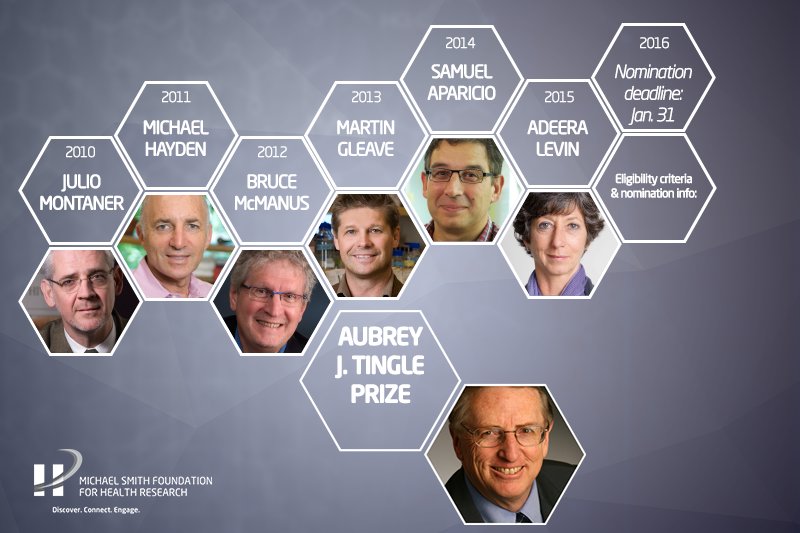 The prize was created in 2010 to honour Dr. Aubrey J. Tingle’s important contributions to BC health research as MSFHR’s founding president & CEO. Dr. Tingle is a renowned pediatrician and immunologist whose research has advanced our understanding of the role of viruses in disease, with particular focus on rubella, arthritis, and the possible viral causes of juvenile diabetes. Dr. Tingle served as the Foundation’s CEO from 2001 to his retirement in 2008.

Founded in 2010, the annual prize has recognized some of BC’s foremost research stars across a wide range of health disciplines.

Nominations for the 2016 Aubrey J. Tingle Prize closed on January 31. The prize will be presented April 21 at the 18th annual LifeSciences BC Awards.